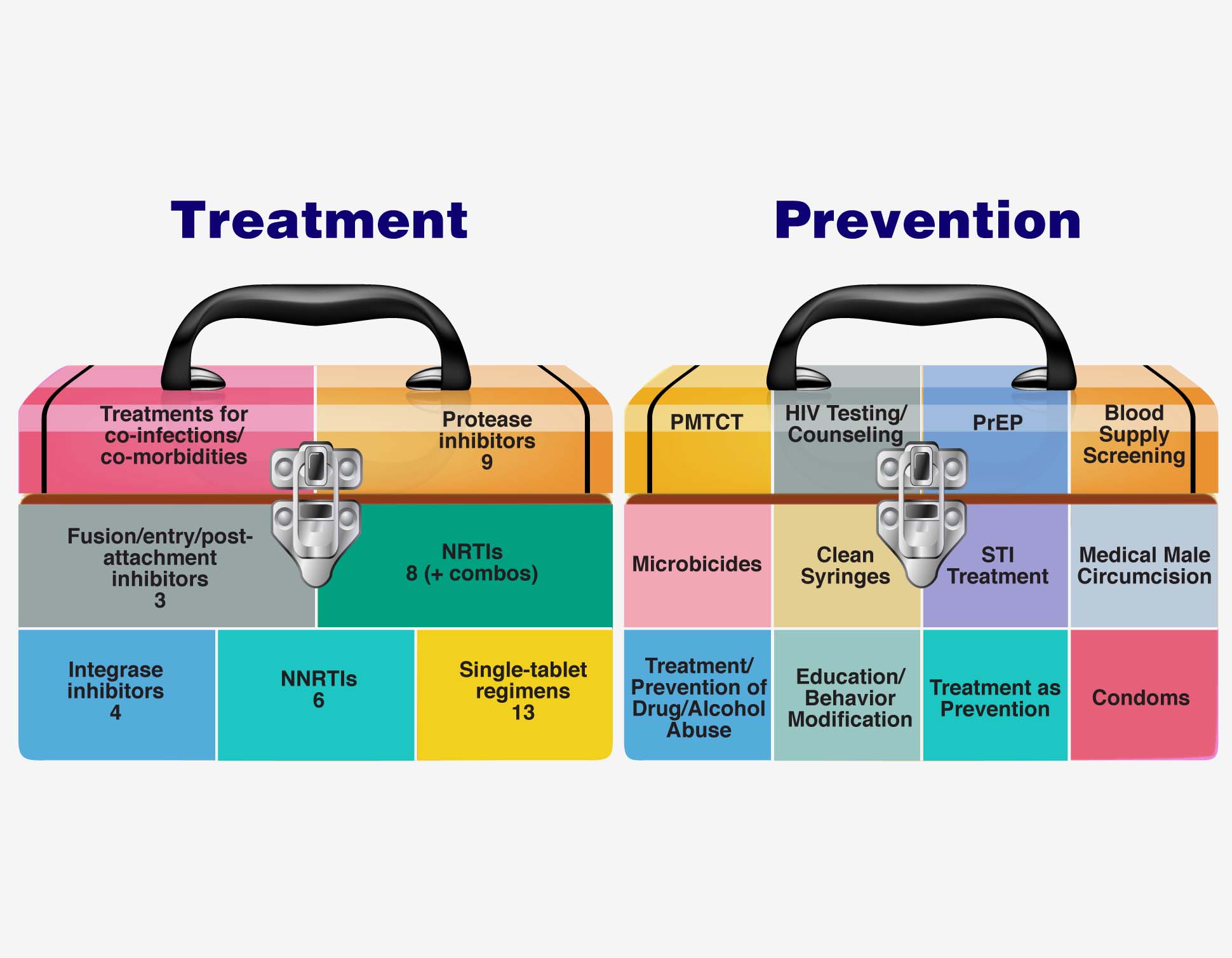 HIV is a virus that damages the immune system. Untreated HIV affects and kills CD4 cells, which are a type of immune cell called a T cell. Over time, as HIV kills more CD4 cells, the body is more likely to develop various types of conditions and cancers.

HIV is transmitted through bodily fluids including:

The virus is not spread through air or water, or by casual contact. Because HIV inserts itself into the DNA of cells, it is a lifelong condition and there is currently no drug that will remove HIV from the body, although many scientists are working to find one. However, with medical care, including a treatment called antiretroviral therapy, it is possible to control HIV and live with the virus for many years. Without treatment, a person with HIV is likely to develop a serious condition called Acquired Immune Deficiency Syndrome, known as AIDS.

At that point, the immune system is too weak to respond successfully against other diseases, infections, and conditions. Without treatment, life expectancy with end-stage AIDS is about 3 years. With antiretroviral therapy, HIV can be well controlled and life expectancy can be about the same as someone who has not contracted HIV. It is estimated that 1.2 million Americans are currently living with HIV. Of those people, 1 in 7 do not know they have the virus. HIV can cause changes throughout the body.

The first symptoms of HIV

The first few weeks after someone gets HIV is called the acute stage of infection. During this time, the virus reproduces rapidly. The person’s immune system responds by producing HIV antibodies, which are proteins that take action to respond against infection. During this stage, some people have no symptoms at first. However, many people experience symptoms in the first month after contracting the virus, but often don’t realize that HIV causes those symptoms. This is because the symptoms of the acute stage can be very similar to those of the flu or other seasonal viruses, such as:

Early symptoms of HIV can include:

Because these symptoms are similar to those of common illnesses like the flu, a person with them may not think they need to see a health care provider. And even if they do, his health care provider might suspect he has the flu or mono and may not even consider HIV. Whether a person has symptoms or not, during this period their viral load is very high. Viral load is the amount of HIV found in the bloodstream.

A high viral load means that HIV can be easily passed to another person during this time. The initial symptoms of HIV usually resolve within a few months when the person enters the chronic or clinical latency stage of HIV. This stage can last for many years or even decades with treatment. The symptoms of HIV can vary from person to person.

What are the symptoms of HIV?

As in the early stage, HIV is still transferable during this time, even without symptoms, and can be passed on to another person. However, a person will not know they have HIV unless they are tested. If someone has these symptoms and you think they may have been exposed to HIV, it’s important to get tested. Symptoms of HIV at this stage may come and go or may progress rapidly. This progression can be substantially slowed with treatment. With consistent use of this antiretroviral therapy, chronic HIV can last for decades and probably won’t progress to AIDS, if treatment is started early enough. 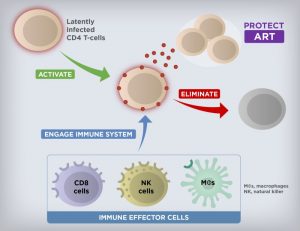 HIV is a variation of a virus that can be transmitted to African chimpanzees. Scientists suspect that the simian immunodeficiency virus (SIV) jumped from chimpanzees to humans when people ate chimpanzee meat containing the virus. Once inside the human population, the virus mutated into what we now know as HIV. This probably happened as early as the 1920s. HIV spread from person to person throughout Africa over several decades. Eventually, the virus migrated to other parts of the world. Scientists first discovered HIV in a human blood sample in 1959. HIV is believed to have existed in the United States since the 1970s but did not begin to affect public awareness until the 1980s.

Treatment should begin as soon as possible after an HIV diagnosis, regardless of viral load. The main treatment for HIV is antiretroviral therapy, a combination of daily medications that stop the virus from reproducing. This helps protect CD4 cells, keeping the immune system strong enough to take action against the disease.

Antiretroviral therapy helps prevent HIV from progressing to AIDS. It also helps reduce the risk of passing HIV to other people. When HIV treatment is effective, the viral load will be “undetectable.” The person still has HIV, but the virus is not visible in the test results. However, the virus is still in the body. And if that person stops taking antiretroviral therapy, the viral load will rise again and HIV can attack CD4 cells again.

Many antiretroviral therapy drugs are approved to treat HIV. They work to stop HIV from reproducing and destroying CD4 cells, which help the immune system mount a response to infection. This helps reduce the risk of developing HIV-related complications, as well as transmitting the virus to others. These antiretroviral drugs are grouped into six classes:

The US Department of Health and Human Services (HHS) generally recommends an initial three-drug HIV regimen from at least two of these drug classes. This combination helps prevent HIV from developing drug resistance. (Resistance means the drug no longer works to treat the virus.) Many of the antiretroviral drugs are combined with other drugs so that a person with HIV usually takes only one or two pills a day.

A health care provider will help a person with HIV choose a regimen based on the person’s general health and personal circumstances. These medications must be taken every day, exactly as prescribed. If not taken properly, viral resistance can develop and a new regimen may be needed. Blood tests will help determine if the regimen is working to keep your viral load down and increase your CD4 count. If one antiretroviral therapy regimen doesn’t work, the person’s healthcare provider will switch to a different regimen that is more effective.

Side effects and costs

Side effects of antiretroviral therapy vary and can include nausea, headache, and dizziness. These symptoms are usually temporary and go away over time. Serious side effects can include swelling of the mouth and tongue, and liver or kidney damage. If side effects are severe, medications may be adjusted. Antiretroviral therapy costs vary by geographic location and type of insurance coverage. Some pharmaceutical companies have assistance programs to help lower the cost.

What tests are used to diagnose HIV?

Several different tests can be used to diagnose HIV. Health care providers determine which test is best for each person.

Antibody/antigen tests are the most commonly used. They can show positive results usually within 18 to 45 days after someone initially contracts HIV. These tests check the blood for antibodies and antigens. An antibody is a type of protein that the body makes to respond to an infection. An antigen, on the other hand, is the part of the virus that activates the immune system.

These tests check the blood for antibodies only. Between 23 and 90 days after transmission, most people will develop detectable antibodies to HIV, which can be found in blood or saliva. These tests are done using blood tests or oral swabs, and no preparation is needed. Some tests provide results in 30 minutes or less and can be done in a health care provider’s office or clinic.

Other antibody tests can be done at home:

1. OraQuick HIV test. An oral swab provides results in as little as 20 minutes.
2. Home Access HIV-1 test system. After the person pricks their finger, they send a blood sample to an authorized laboratory. They can remain anonymous and request results the next business day.

If someone suspects they have been exposed to HIV but has a negative home test, they should repeat the test in 3 months. If they have a positive result, they should follow up with their health care provider to confirm it.

This expensive test is not used for general screening. It is for people who have early symptoms of HIV or have a known risk factor. This test does not look for antibodies; look for the virus itself. It takes 5 to 21 days for HIV to be detectable in the blood. This test is usually accompanied or confirmed by an antibody test. Today, it’s easier than ever to get tested for HIV.